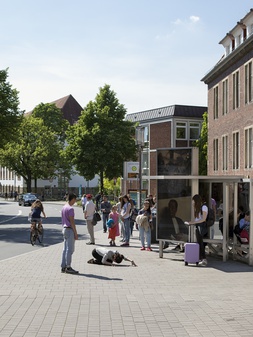 The spectrum of Xavier Le Roy’s artistic endeavours ranges from solo performances to joint projects with other artists. In Münster, for example, he developed a project in cooperation with the artist Scarlet Yu. In their work Still Untitled, Le Roy and Yu explored sculpture as a static entity, conceived as a site-specific piece. Through their involvement in the so-called living or performing arts, they approached sculpture as specific compositions of time and space involving human beings, developing the work during the course of the exhibition.

This project consisted of an arrangement of various procedures that include both movement sequences and situations in dialogue form. Everyone was welcomed to participate in a series of workshops—run by a team of artists collaborating with Le Roy and Yu—to find their own sculptural forms and compose them in relation to a personal concept of sculpture within the context of the work Still Untitled. From this time on the participants were be able to present their embodied sculptures at any time and place, and as few or as many times as they wished, thus continuing the artistic process. The sculptures had the potential to go viral like a rumour.

Running counter to the process of synchronizing and homogenizing time, Le Roy and Yu’s work could not announce when the presentations began and how long they were to last, nor could it be disclosed where they took place. They sensitized the viewers’ sense of time in terms of an awareness that penetrates the present and the past alternately. Time was perceived as an independent reality beyond real universal time. In this way, Still Untitled established several coexisting levels: on the one hand, the participants’ and viewers’ subjective sense of time and, on the other, the globally valid time that keeps our lives in sync and dictates processes and availability. Still Untitled raised questions about various temporal structures as well as the supposedly clear distinction between the viewer and the work of art. In the Le Roy’s and Yu’s opinion, human beings are always composed of both subject and object—although they also deal with other dichotomies such as work and leisure or public and private. Still Untitled subtly transcended these distinctions, therefore interrupting everyday urban routines. 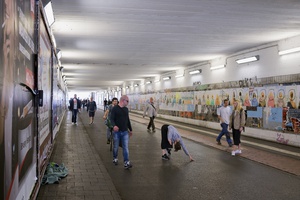 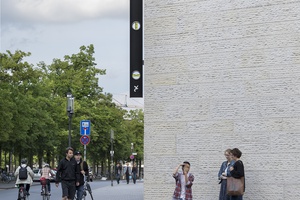