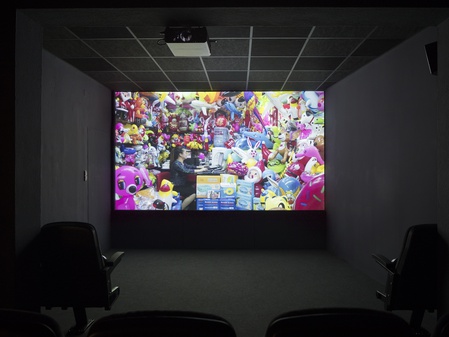 Mika Rottenberg’s film installations explore the seduction, magic, and desperation of our hyper-capitalistic, globally connected reality. Female workers produce goods in strange factories that follow elaborate manufacturing rationales. Rottenberg’s cinematic works, which have a surrealistic aesthetic and are rigidly structured in a spatial sense, emphasize the interrelation between labour, economics, and the production of value, and how our affective relationships are increasingly monetized. The artist weaves documentary elements with fiction to create complex allegories for the living conditions experienced within our global systems.

For her film installation in Münster the artist chooses a closed-down shop that used to sell Asian products as a ready-made installation set-up. The thematic starting point for her new work Cosmic Generator is a tunnel system that establishes a trading connection between various places and actors, among them the Mexican city of Mexicali and Calexico, the Californian town on the other side of the border fence. Rumour has it that the entrance to the system can be accessed via shops and restaurants in La Chinesca, Mexicali’s Chinatown. In her montage Rottenberg links footage from the local Golden Dragon Restaurant with a 99 Cents Store in Calexico and an enormous plastic commodities market in Yiwu, China. The Yiwu Market plays a pivotal role in this imaginary network peopled by a group of rather strange characters. With its artificial blaze of colours it seems like a gigantic staged performance in itself.

This mix of fact and fiction, of socially and psychologically charged spaces continues Rottenberg’s recent works in which real working environments, like a rubber plantation in Kerala, India, a pearl farm in Zhuji, and empty housing developments near Shanghai, are ‘appropriated’ and to be used as stage sets for Rottenberg’s film. In Cosmic Generator, whose title is a reference to the engineer and physicist Nikola Tesla (1856–1943), who, among other things, invented today’s two-phase AC, blurs the line between fictional and real working environments just as the tunnels, shot in the studio, cause geographical distances between places to collapse. The work also touches on Rottenberg’s concerns about the commodification of the human body. The weariness shown by some of the female protagonists is also a reference to sleep as a temporary means of withdrawal and as one of the few remaining bodily resources that cannot be exploited. The installation setting intensifies the immersive character of the film and implies a parallel world that opens up behind the shopfront. In 1997 Martin Kippenberger connected Münster with the world via his imaginary Metro-Net; Rottenberg, meanwhile, provides the city’s infrastructure with another dimension that is literally subversive. 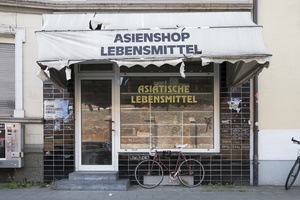 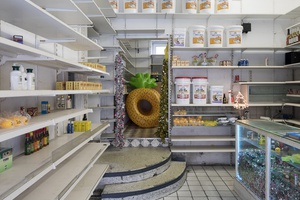 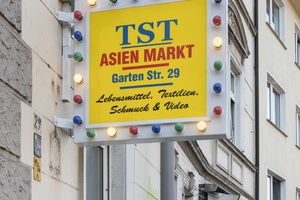 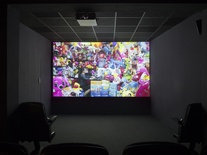