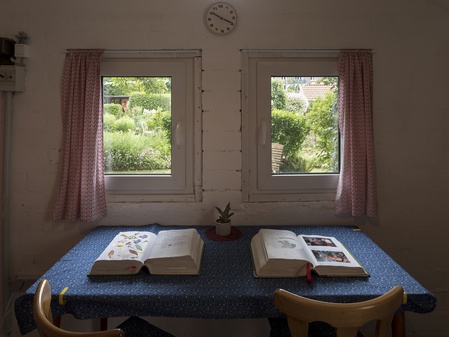 Wooden shelf with diaries (kept from 2007 to 2017), installed and made accessible in a garden shed

Since the ending of the exhibition the complete collection of diaries is part of Skulptur Projekte Archive. From 2018 on the books are accesible via the library of the LWL-Museum for Art and Culture.

Jeremy Deller is intrigued by the phenomena of pop and folk culture and explores their creative potential and aesthetic diversity in numerous participatory, process-oriented works. He has a particular interest in group-based productions of events that can take a variety of forms, such as a municipal parade, a concert, an exhibition, or the re-enactment of a strike-related confrontation.

Deller’s contribution to Skulptur Projekte 2017 is based on a long-term scientific and cultural anthropological study, which the artist initiated for the edition 2007 and carried out in collaboration with Münster’s allotment garden clubs. He contacted over fifty such clubs asking them to keep a diary for the next ten years and record botanical and climatic data. In addition, he suggested that they use the diary as a chronicle of local club activities as well as social and political events. The book’s form and the weighting of the content were left to the discretion of the individual clubs. Dove trees, which take ten years to blossom, were planted as a visualization of the time span.

The result presented in 2017 encompassed about thirty volumes which have been placed on display in one of the allotment gardens. The books not only document natural cycles together with the corresponding garden routines, they also keep track of allotment garden culture in Münster: the traditional rituals, individual events, and peculiarities of the local clubs. Ten years are condensed and packed into a physically defined form; natural and social structures, and growth and design processes intersect in diverse relationships. As chronicles that cover an entire decade, the books become reservoirs of knowledge and collective self-portraits for the allotment garden clubs. They provide insight into a microcosm that is partly tainted by clichés. But, at the same time, they bear witness to an alternative historical record focused on the seemingly peripheral. By opening a window on an everyday folk culture that helps to shape city life in Münster in social, ecological, and aesthetic terms, Deller makes a strong case for increased environmental awareness.

Allotment gardens have experienced a functional transition, particularly in the second half of the twentieth century: while, in many cases, they were originally designed as fruit and vegetable gardens to help working- and lower-middle-class families provide for themselves, and were intensively cultivated, particularly in times of crisis, today people use them primarily for leisure, recreation, and experiencing nature. The gardens reconcile a number of contradictions as an interface between a private refuge and a publicly visible, communally managed space: on the one hand, they offer relaxation and retreat; on the other, they promote productivity and social cooperation. Regulations and organizational constraints clash with the desire for autonomy and the wish for individual expression, which can be seen in some of the highly original allotment designs. 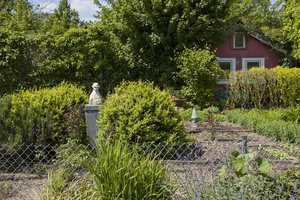 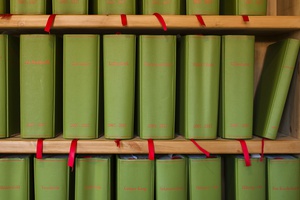 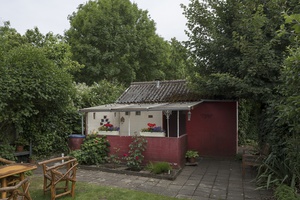 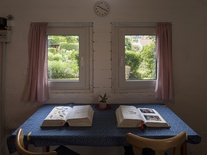 This artist also participated in: 2007