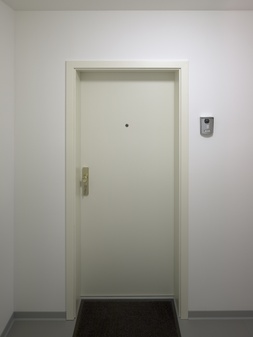 Temporary installation for duration of the exhibition

Gregor Schneider has developed the canon of his works from the architectural and atmospheric interventions he has been carrying out in a former block of flats in Mönchengladbach-Rheydt since 1985. In 2001, Schneider removed entire spatial sequences from the Haus u r, which is what he called the artwork as a whole, and incorporated them into the German Pavilion at the Venice Biennale as Totes Haus u r. By having Münster’s LWL-Museum für Kunst und Kultur recede behind the installation of a private living space, the artist subverts the border demarcation between private and public space. At the same time, his work intensifies the question about the existential state of man in postmodern society.

N. SCHMIDT already made an appearance at the exhibition u r 54, N. SCHMIDT (Bremerhaven, 2001). The title refers to N. SCHMIDT’s origins in Room 54 of Haus u r. The flat in Münster gave visitors the opportunity to start unravelling the persona of N. SCHMIDT. A separate entrance in the west wing of the museum’s new building lead up a stairway to the first floor and to an anteroom where the flat branches off. By walking through the entrance hall, the living room, the bedroom, and the bathroom, the visitor came to an anteroom and another mirror-symmetrical flat whose room sequence and interiors are architecturally identical to the first unit. By following a circular route through the flat, the visitors once again reached the first anteroom. This offered an iterative experience, which, now modified by memories, opened up a new space. The principle of duplication and discrepancy was continued in virtual space: what happened in one flat seemed to be relayed synchronously to screens in the other flat. The title of Schneider’s work triggered the expectation of an encounter that allows the individual to emerge from the collective presence—an individual who finally appears to have been given an answer to the question: Who is N. SCHMIDT? All the while, the museum is masked out by this scenario, both as an institutional and an architectural framework; the work is stripped of any museum-style presentation, thus killing it from the artist’s point of view.

Since the end of the 1990s, Schneider has been staging the presence and absence of possible occupants of his interiors: laid tables, smells, and sounds seem to conjure them up. Schneider’s work entitled Die Familie Schneider, 14 and 16 Walden Street (London, 2004) constituted a tentative accentuation and intertwining of the spatial and semantic aspects of his work: the semi-detached homes, identical in both structure and furnishings, were each lived in by one twin, who carried out everyday tasks despite the presence of visitors. It seemed hardly possible to objectively observe the surroundings and occurrences—here too every visitor played an active part in intensifying Schneider’s work in an emotional and mental process in time and space. 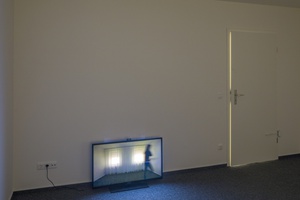 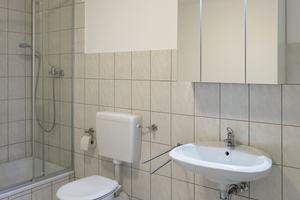 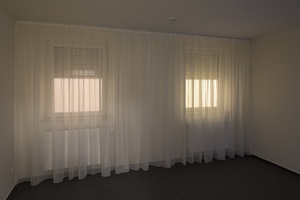